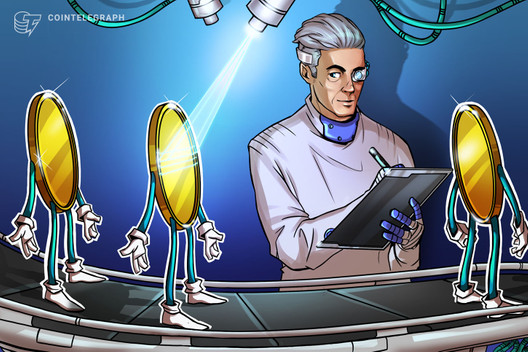 A new project building on Polkadot received an investment of $600,000 to build liquid staking, a way of unlocking liquidity devoted to proof-of-stake.

An upcoming decentralized finance project built on Polkadot (DOT) is looking to unlock liquidity that would be tied up in staking as part of its consensus mechanism.

Called Stafi, short for Staking Finance, the project wants to implement liquid staking on Polkadot and potentially other blockchains as well.

A drawback of staking funds for consensus is that they cannot be used for anything else while locked up. “Liquid staking” as implemented by Stafi would allow users to maintain the ability to transact with their tokens while also participating in consensus and receiving staking rewards on their money.

Cointelegraph spoke with Liam Young, CEO and co-founder of Stafi, as well as Bonna Zhu, head of business development in Asia at BitMax. Zhu explained that Stafi is a candidate for the exchange’s incubation program, supporting the project in a variety of ways.

Stafi has closed a seed fundraising round for $600,000 with investments from Focus Labs, Spark Digital Capital and B-Tech, a Bitmax-affiliated accelerator. It has also previously received grants from the Web3 Foundation, which supports development for the Polkadot ecosystem.

How liquid staking will work

Stafi works in a similar manner to various automated yield chasing protocols on Ethereum, except that it is limited to staking.

Users must deploy their funds to a Stafi smart contract that takes care of staking them. Users receive an “rToken” such as rDOT that represents their stake in the pool. The token is fungible and can be subsequently transferred and exchanged. The rTokens can be redeemed at any point for their share in the pool with additional tokens accrued from staking.

This approach effectively creates a synthetic token representing staked DOTs, which should ideally have a one-to-one ratio with the underlying collateral. One potential vulnerability of this approach is when part of the underlying stake gets “slashed” due to validator misbehavior.

Young explained that in order to not remain undercollateralized, slashing losses are mirrored on the token:

But he noted that the project will take care in choosing validators who will continue working optimally. Furthermore, insurance against slashing can also be provided in the future.

One of the main use cases for rTokens is to use them as collateral in other DeFi projects, including decentralized exchanges and lending protocols. Zhu explained the overall vision:

“You can use that for payment, of course. But I think that the main function of this is going to be used as collateral for additional borrowing and lending, or to use it as margin for trading.”

But it isn’t just about potential DeFi projects on Polkadot. Stafi plans to expand to other blockchains as well, including Ethereum and Tezos. A future goal is to list the rTokens on existing decentralized exchanges and lending protocols to integrate them in the wider DeFi ecosystem.

The project has just launched an incentivized testnet, called Satara. Mainnet launch is planned for “early September,” though Young noted that the exact date will depend on the performance of the testnet.