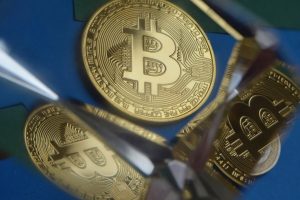 America is in a flux. At a transition point, a new survey shows that 43% of US Millennials, individuals between 22 and 37 years and heavily influenced by emerging technology, trust cryptocurrency exchanges more than US stock exchanges.

A survey, conducted by Etoro and commissioned by Provoke Insights, asked 1,000 investors in the US about cryptocurrencies, stock exchanges and their thoughts on 401ks confirming the latter’s inherent distrust for centralized institutions like Banks and now, stock exchanges, a mainstay in US investment circles.

In fact, the survey cements and echoes other studies that found out that banks, despite their role in the economy, won’t be needed going by trends in alternative financial processing gateways.

As per the Millennial Disruption Index, a 3-year study that covered 10,000 Millenials discovered that 71% would rather go to the dentist than listen to what banks had to say.

Observed, the shift to alternative banking options as PayPal and now Jack Dorsey’s Square Cash, which had 15 million subscribers, saw the number of first time Bitcoin buyers double, pushing their revenue by 244% on a year-on-year basis according to their Q3 2019 report.

$7 Trillion to Millenials in 10 Years

Going by this, it is obvious that there is a leeway for cryptocurrencies to boom as Bitcoin (BTC) will most likely benefit from this generational shift of wealth. Presently, the baby boomers are the wealthiest generation in the history of the US economic cycle and the US’s largest living adult generation.

Enjoying a period of prolonged economic prosperity, it is estimated that they will transfer roughly $64 trillion of their wealth to Millennials in the next decade through to 2030. During this time, the amount of disposal wealth availed to Millenials will jump to $7 trillion, a boon for cryptocurrencies.

25% of Millenials in the US earning $100k or more hold one or more cryptocurrencies in their portfolios. Another 31% are also interested in cryptocurrencies as 9 percent of the American population are BTC holders according to a study by Blockchain Capital.

If this is the case, then slowly but surely, Bitcoin (BTC) as a global, censorship-resistant and store of value, an alternative for gold, is making in-roads and incorporated in America’s daily activities. This surge of crypto adoption and particularly the trust of digital asset’s ramps is a big plus and a precursor, hinting of a possible shift in trend in the coming years.

If the $7 trillion finds its way to cryptocurrencies, it is obvious that Bitcoin will be the major beneficiary.

#Gold is at about $8 trillion today, which is 50x the worth of #Bitcoin.
I predict the #flippening will happen within 9 years and $BTC will shoot up past USD $500,000.
And with all of the money printing that’s happening globally, $BTC will actually very likely be over $1 million! https://t.co/hbqGze38k5

According to Bobby Lee of Fundstrat, the pump of BTC to $500k or $1 million a pop in the next decade will result in a market cap flip as BTC cement its place as a preferable digital store of value.