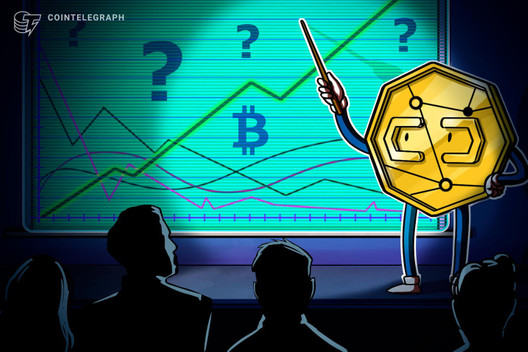 DeFi-based tokens are posting double digits gains and outperforming Bitcoin but can the rally continue?

Decentralized Finance (DeFi) has been a rapidly growing sector in the crypto space and although the volume of the DeFi ecosystem yet to surpass that of the general crypto market, the new way of lending and saving has garnered positive media coverage and “praise”.

DeFi shows great promise and the market is starting to reflect this, as many DeFi-based tokens have been pumping strongly in 2020, with some tokens showing gains above 60% in the past 5 days.

According to a report provided to Delphi Digital’s clients, tokens for popular apps in the DeFi space have been showing great gains in the long and short terms periods. For example, Aave, a London-based DeFi lending platform, strongly outperformed Bitcoin this week with a 66.46% gain over the past week. MakerDAO, another popular DeFi-based token, also gained 25.60% in the last week.

Decentralized exchange (DEX) tokens like Kyber, Loopring and Bancor prices have also risen by double-digits. Although this general growth in the DeFi space comes with thin trading volume when compared to Bitcoin’s (BTC) daily trading volume, it still begs the question, what is making these assets’ prices rally in such an accentuated way?

Much like Bitcoin, the Ethereum network has been dealing with some scalability issues which can affect DeFi’s growth to a great extent, given that the majority of activity occurs on the Ethereum blockchain.

However, the plan for Ethereum has always been to deal with these issues in a multi-stage way. Ethereum 2.0. is the next update for the cryptocurrency and it is probably the most important yet.

The update is expected to occur sometime this summer, and as Jon Jordan, the communications director at DappRadar explained, it will have a great impact on the entire Ethereum ecosystem including the DeFi space. Jordan told Cointelegraph:

“Two of the main obstacles to making dapps on Ethereum easier to understand and use are gas fees and slow block times. Ethereum 2.0 will fundamentally solve these, making Ethereum dapps feel much more like using the standard web and mobile apps we’re all used to.”

While Ethereum 2.0. will bring sharding and staking solutions which are meant to solve many of the network’s current and future problems, the solution will only be fully implemented by 2021 or later, as Phase 2 of the upgrade must be released.

The upcoming implementation of Phase 0 is not expected to have a huge impact on the network, however, the first release of Ethereum 2.0. staking may be reason enough for investors to feel bullish.

Network activity is at an all-time high

As Cointelegraph reported, interaction with the Ethereum network through simple transactions or smart contracts has recently hit an all-time high. The overall use of gas on the network has been rising since the beginning of 2020, according to Delphi Digital. 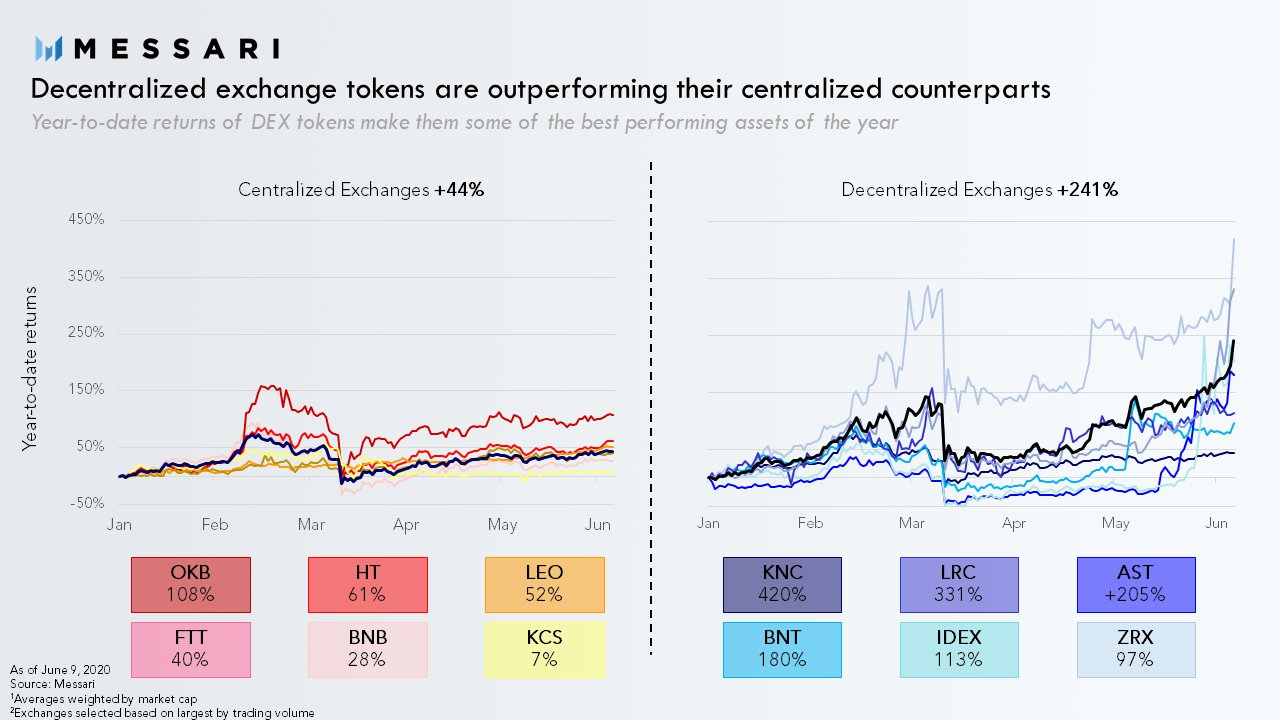 Although gas usage is at an all-time high, the sheer number of transactions is not. This shows that DeFi and other dapps are gaining traction within the Ethereum network in terms of actual use. An increase in use cases of DeFi networks may explain why these tokens are posting price gains.

In fact, Aave, is the biggest winner in the last week and also has the second largest amount of funds locked with $81 million deposited.

More projects and users is a bullish signal

Data shows the DeFi sector has significantly outperformed Bitcoin in the last week and the last three months even as institutional interest in BTC reached a new all-time high.

However, DeFi tokens are also becoming an increasingly interesting investment vehicle, allowing high-yield farming through lending and an increase in value locked in lending apps. 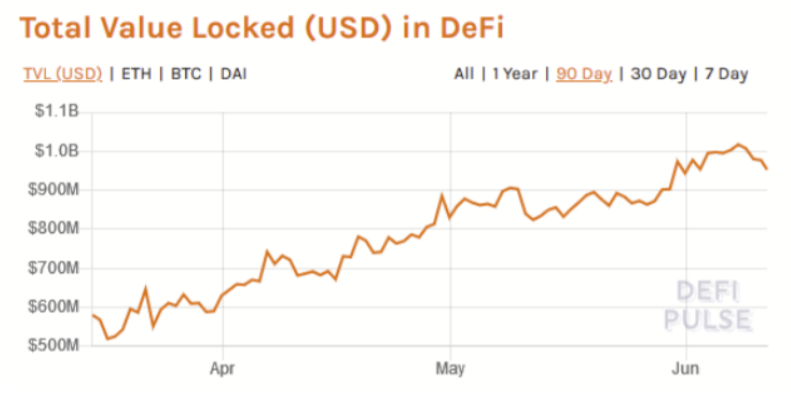 According to Evgeny Yurtaev, founder of the Zerion DeFi project, DeFi seems to be growing exponentially. Yurtaev recently shared a graphic on Twitter showing the number of new assets almost doubled in the last month, having reached over 1,000 for the first time ever.

Not only has the overall activity and number of projects grown, the number of DeFi users has also reached new all-time highs near 600,000, according to data from Dune Analytics. 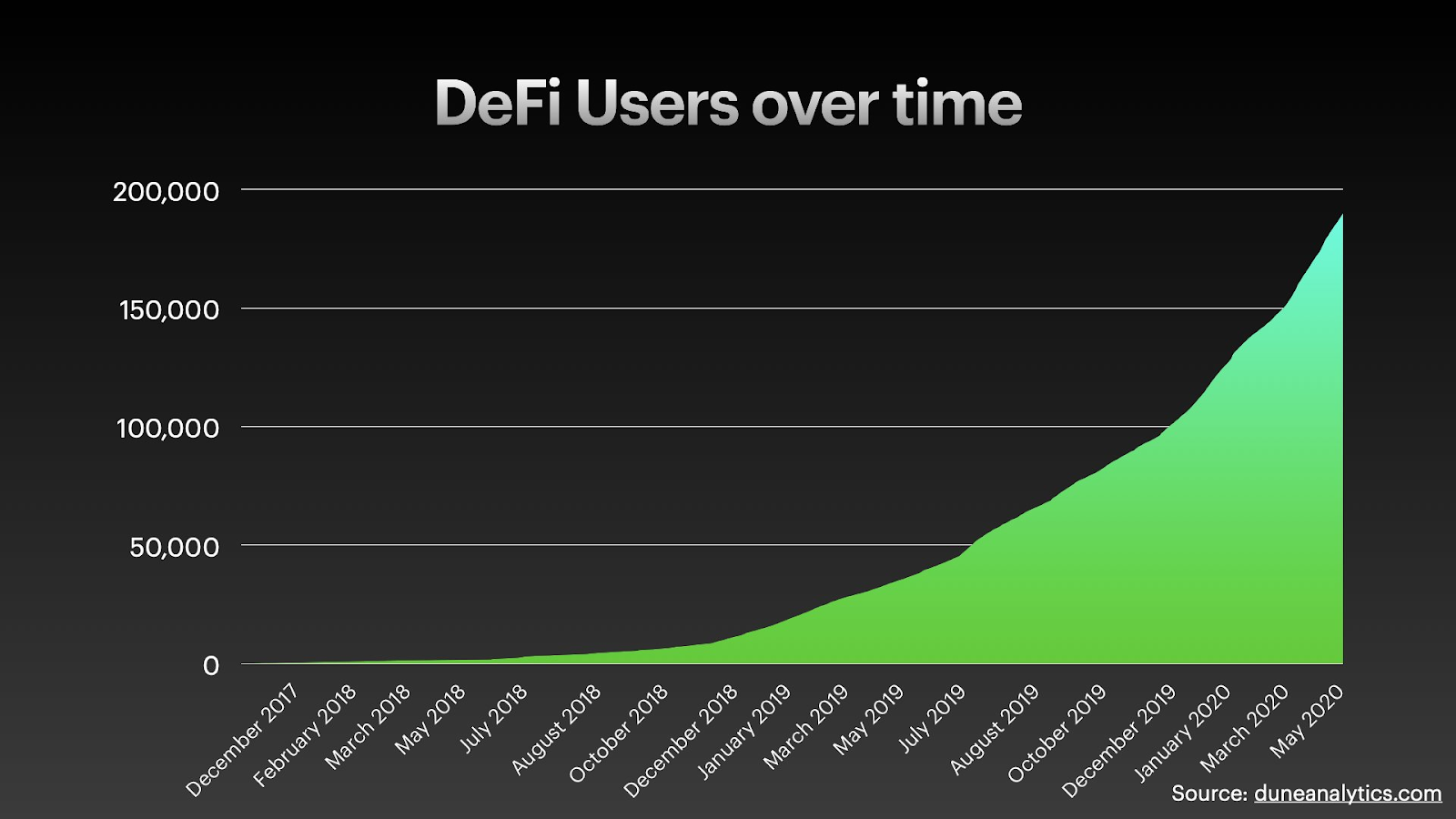 While growing adoption is a great sign for dapps and for Ethereum as a whole, it also reveals some pressing issues in Ethereum, especially when it comes to congestion and scalability. The growth in price can maybe be looked at as a bet in Ethereum 2.0. and its capacity to fix these issues in the coming years.

However, Cointelegraph has also reported on the effect of Ethereum 2.0. on DeFi, particularly on how staking may take over lending, an unlikely yet loomingdanger for DeFi in the coming years. When asked about this, Stani Kulechov, a CEO at Aave — an Ethereum-based DeFi app — told Cointelegraph:

“It’s hard to tell at this point, it really depends on the incentives. If the incentives for securing the network are higher than depositing to Aave and earning yield, then yes. It might be so that as the network becomes secure, the incentives become lower, so lending might be a way to compete with ETH 2.0 staking. Time will tell.”

The first iteration of Ethereum 2.0. may continue to spark bullish sentiment for DeFi and this may change in the future if staking becomes extremely profitable.

Both concepts are always likely to co-exist even if staking becomes the most popular of the two. For now, there is much to look forward to in Ethereum 2.0. and the DeFi space.