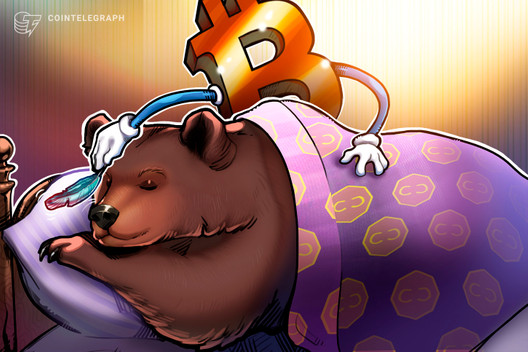 Bitcoin price may be gearing up for a short-term rally as miners sell less BTC than they mine on a daily basis.

The price of Bitcoin (BTC) has risen by 170% in the last three months from $3,600 to $9,700. Despite this immense 3 month recovery, a series of fundamental factors point to the possibility of another uptrend in the near-term.

Three reasons Bitcoin is likely to see an upsurge are increasing exchange outflow, miner revenue finding support, and the rising number of so-called “hodlers” or investors that hold BTC for prolonged periods.

When the outflow of Bitcoin from exchanges increases, it suggests investors are preparing to hold BTC for the long term.

Typically, exchange users withdraw Bitcoin with the intent of sending the BTC to a personal wallet and this trend often indicates that users have less appetite to trade Bitcoin in the foreseeable future.

The decline in Bitcoin exchange outflow coincides with a recovery in miner revenue. As miners generate more BTC through mining in the aftermath of the latest hashrate difficulty adjustment, existing miners are becoming more profitable.

If the operational costs to mine Bitcoin declines, the need to sell more BTC in the short-term for major mining centers could also decrease. There is a possibility that the outflow of BTC is partially coming from miners.

Verifiable on-chain data shows that miners sold less Bitcoin than they mined in the past week. In the last seven days miners mined about 6,694 BTC and data shows they sold 6,384 BTC, netting a positive inventory of 310 BTC.

Bitcoin miners sold less than they mined in the past week. Source: ByteTree

“Exchange outflow keeps going up. Miner revenue is finding support. Miners are hodling more and more. So even if the chart doesn’t look very exciting, I wonder where bears think the big sell pressure is gonna come from.”

Overall, miners have been moving less Bitcoin and applying less selling pressure on the spot price. The combination of fewer sellers in the Bitcoin market and a consistent increase in long-term hodlers raises the likelihood of a continued rally.

There is one variable that may spoil the uptrend

The prediction of a new phase of upward momentum for Bitcoin in the near-term is primarily based on the assumption that miners will not sell much BTC in the coming months. But, sharp shifts in BTC price and the difficulty to mine BTC could quickly cause a trend change.

An ideal scenario for a strong rally in the third quarter of 2020 would require that the price of Bitcoin remains stable above $10,000 and that the amount of BTC sold by miners on a daily basis continues to decline.

If this happens, it would signal that the price of Bitcoin broke out of a multi-year resistance with growing confidence of both investors and miners, making a proper long-term bull market possible.