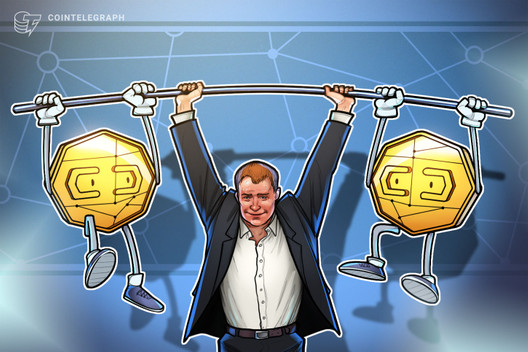 The crypto rally of 2020 is not the biggest reason for 21Shares’ growth.

21Shares, formerly known as Amun, now has $100 million in assets under management, or AUM, posting major growth in 2020.

Hany Rashwan, CEO of 21Shares, told Cointelegraph on Aug. 17 that AUM volumes spiked about 164% this year, up from just $39 million in early January. According to the exec, 21Shares hit its $100 million milestone on Aug. 14, with the company’s AUM reaching a threshold of $101.6 million last Friday.

According to Rashwan, 21Shares’ AUM surge has come in response to an increased demand for crypto investment services in Switzerland; the firm is one of the largest providers for crypto Exchange Traded Products, or ETPs. To date, 21Shares’ ETP offering is composed of 11 various ETPs like Crypto Basket Index ETP, 21Shares Bitcoin, and 21Shares Ethereum.

Rashwan said that the overall spike in crypto prices is not the biggest reason for his company’s success:

“From the start of the year, AUM is up around 164%. In just the last month and a half, trading is up over 20x more than its usual levels. This indicates a lot of new buyers, not just an increase in crypto prices.”

Rashwan added the new milestone also comes shortly after 21Shares launched its first physically-backed crypto ETP in Germany in July. Prior to the listing, 21Shares’s AUM stood at about $75 million, Rashwan noted.

In late July, crypto fund manager Grayscale revealed that its AUM had jumped by as much as $1 billion in less than two weeks.