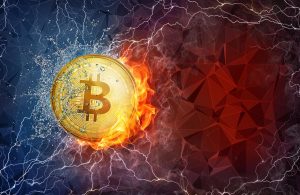 16.23 MM Shorts were recently liquidated on the BitMEX platform and Bitcoin[BTC]  price has fallen down below $8,700. Interestingly, the price drop comes despite high open interest.

Bitcoin’s Market Cap Down by $18 Billion

After trading above $8,700 levels for a few days, the Bitcoin price has crashed yet another 1% today. At press time, Bitcoin is trading at $8683. Furthermore, Bitcoin’s market cap is down by $13 Billion since the 4th of November.

Bitcoin[BTC] has failed to reach $9,000 and has slipped below its major support of $8,700. It has shown major fluctuations since the past month. In the last week of October, Bitcoin jumped a whopping 42% and went on to reach $9,500 levels. While Bitcoin[BTC]  started the month on a good note, it has lost almost 15% valuation in two weeks.  Furthermore, as per data provided by datamish.com 16.23 MM shorts have been liquidated on BitMEX.

Despite the lack of buying pressure, Bitcoin’s open interest is hinting at a future bullish price trend. Mr. Anderson, a cryptocurrency analyst on Twitter, said that Bitcoin[BTC]  is gaining bullish momentum.

Considering the price charts, it will be interesting to note if the Bitcoin[BTC]  price manages to cross $10,000 before the end of the year. If the bulls fail to take charge, a further price drop is likely and it is possible that Bitcoin slips below $8,500.

Will Bitcoin[BTC]  fall further or are there any chances of bullish reversal? Let us know, what you think in the comments below!