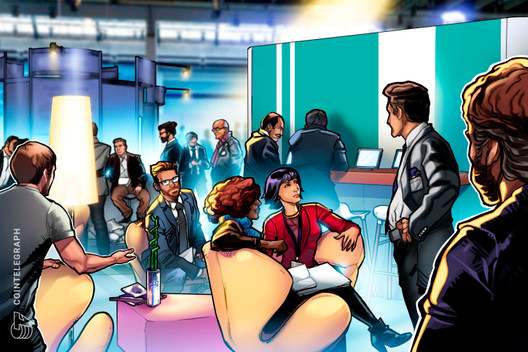 Around 100,000 people in total attended the 2020 Great Bay Area International Blockchain Week, hosted by Cointelegraph China and Cointelegraph in Shenzhen’s Great Bay district in the first week of August.

Guests were divided between those who participated online and offline, according to Cointelegraph China’s report. The conference focused on investment, industry, public chain, trading platforms, mining and other fields. There were 11 round table forums, 26 keynote speeches, and more than 100 top guests sharing industry insights. Attendees were provided with cutting edge, real time Chinese and English AI translation. The report noted:

“The event has reached hundreds of thousands of people on five continents.”

The live broadcast on YouTube included presentations from Joseph Lubin, the co-founder of Ethereum; CZ, the CEO of Binance; Justin Sun, founder of Tron and Mike Novogratz, CEO of Galaxy Digital. They shared their thoughts on the recent developments in the crypto space.

Michael Novogratz told attendees he believed that Bitcoin will see major adoption in the near future. In an example of the aforementioned cutting-edge Chinese AI translation, being retranslated back into English, Novogratz said something like:

”I’m very optimistic about the special currency. The U.S. economic stimulus measures make the currency grow at an unprecedented rate, which also makes the future more uncertain. So why does Bitcoin rise? It’s because we’re experiencing higher inflation than we thought.”

Well, you get the idea. Joseph Lubin pointed out that blockchain technology and business model are still in the early stage of exploration, but that interest in the DeFi space seemed to be the catalyst for a new rally in token prices:

“The next bull market seems to have begun, with the rapid appreciation of many of the tokens in the ecosystem […] the entire DeFi revolution is unfolding and it’s growing at an incredible rate.”