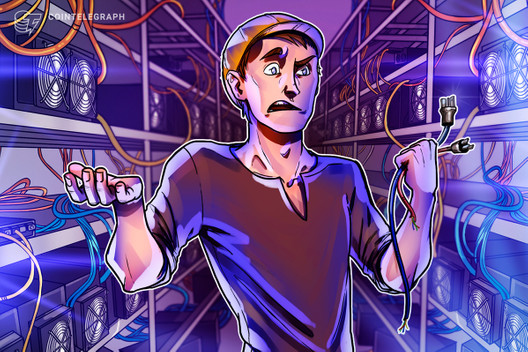 Former Bitmain staff have been accused of “illegally” moving 10,000 Antiminers from a company-owned mining facility in Mongolia.

In the ongoing power struggle at cryptocurrency mining giant Bitmain, not only have accusations of “illegal power seizures” made headlines, but now the physical theft of mining hardware as well.

The machines — among them models from the S17 and T17 series and flagship S9 miners — were reportedly removed in mid-July, causing “serious economic losses to the company and customers.” The incident has been reported to the police and public security authorities.

At stake is not only Bitmain’s own hardware, but also that belonging to clients who choose to have their mining hardware operated and hosted at the manufacturer’s mining farms.

In a post to Bitmain’s Weibo account, co-founder Micree Ketuan Zhan — one half of the duo at loggerheads over power at Bitmain — accused his co-founder Jihan Wu of being responsible for the “illegal transfer” of the machines. 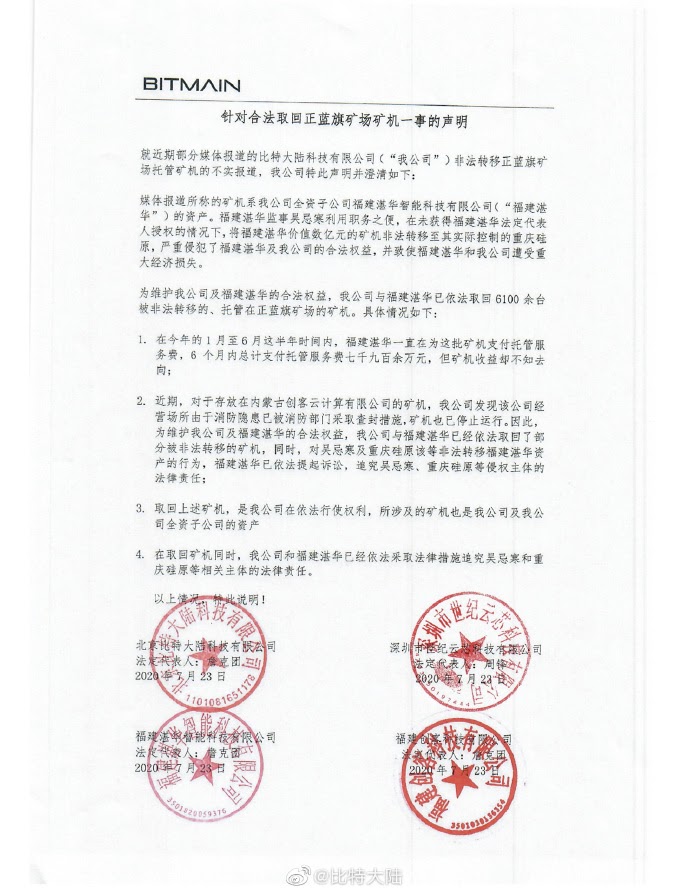 The backdrop to this week’s moved miner saga is a conflict raging over which of the two co-founders has the position of legal representative at Bitmain.

Since October 2019 — when Wu reportedly ousted Zhan in what the latter referred to as an “illegal power seizure” — the pair have been embroiled in an extremely public battle over control of the firm.

Bitmain’s chief financial officer was arrested in May after allegedly participating in a purported “mob attack” on Zhan, in response to the latter’s controversial attempt to wrest back the role of legal representative at Bitmain’s Chinese subsidiary.

In June, reports on the intensifying struggle alleged that Zhan had hired guards to forcibly seize control of Bitmain’s Beijing office. Zhan has also pursued legal action in his bid to regain control.

At present, Wu retains formal authority over Bitmain’s Hong Kong-based operations, and the firm reaffirmed Zhan’s October ousting again this spring. Zhan continues — by various means — in his attempts to regain control of operations in the mainland.