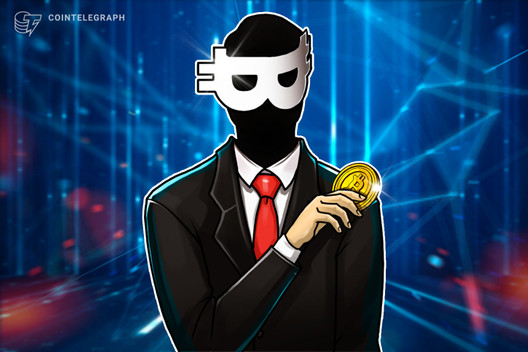 Analysts estimate Satoshi mined $10.9 billion worth of Bitcoin to keep the network safe but will these BTC ever be spent?

A recent report by blockchain tracking and analytics provider, Whale Alert, revealed that the miner known as Patoshi mined over $10.9 billion or 1,125,150 BTC during Bitcoin’s infancy in order to protect the network from a 51% attack.

Patoshi has been confirmed to be the anonymous Bitcoin creator known as Satoshi and the early blocks mined by Patoshi also include the first BTC transaction to Hall Finney, a well known developer and early Bitcoin contributor.

Whale Alert was able to come to this conclusion by reviewing previous research conducted by independent researcher and cryptographer Sergio Lerner. Lerner coined the term Patoshi miner back when a cryptographic pattern that revealed most of the early Bitcoin mining was done by one individual with access to modified mining software.

In the chart above, the Patoshi pattern is visualized and it reveals that the straight lines are using the standard Bitcoin mining software and the “saw-like” lines are attributed to Patoshi.

This same pattern allowed Whale Alert to discover that the Patoshi miner “adjusted its speed between blocks” in order to keep the average block time at 0.6 blocks per 10 minutes.

Based on the patterns left by the miner on some of the code that is stored in each Bitcoin block, Whale Alert also concluded that this early Bitcoin mining operation was composed of up to 48 computers and one of them was responsible for coordination.

Why the Patoshi pattern is unique

According to Whale Alert, there are two reasons for adjusting the speed, to either keep the block time near the 10 minute mark or to protect the network from a 51% attack.

Satoshi kept his share of the hashrate at a steady 60% as the network grew and a 51% attack was a major threat for Bitcoin at that time, as it has been for newer cryptocurrencies in recent times.

It seems likely that Satoshi was trying to protect the Bitcoin network but as it became less prone to malicious attacks he reduced Patoshi’s block creation rate to 1 block per 10 minutes. 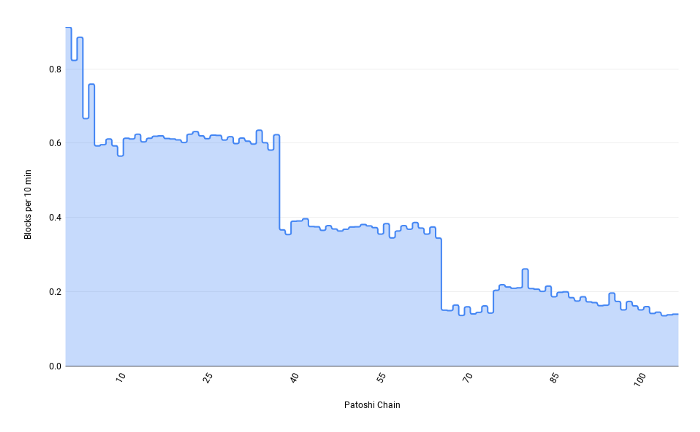 Many analysts believe Satoshi stopped mining at block 54,316 once he deemed the network sufficiently decentralized. However, there have been some irregularities in later blocks that span up until May 2010 or block 112,500, but currently these cannot be confirmed as Patoshi or Satoshi.

Will Satoshi ever sell?

The actions of the Patoshi miner appear to be meticulously calculated and geared towards the protection of the network as the global Bitcoin hashrate increased and mining picked up. It seems unlikely that this same entity would want to sell some of the Bitcoin supply and this would have a deteriorating effect for the BTC network. Whale Alert concludes as much by saying:

“The timing of the shutdown, the mining behavior, the systematic decrease in mining speed and the lack of spending strongly suggest that Satoshi was only interested in growing and protecting the young network. The bitcoin mined by Patoshi were possibly a mere byproduct of these efforts and it is unlikely that the remainder will ever be spent, although the question remains why Satoshi didn’t simply burn them in this case.”

According to an early Bitcoin developer, Satoshi feared a 51% attack so much that he even had a GPU ready to defend the network, although it was not used to keep mining somewhat balanced.

Lerner also believes that the Patoshi miner’s actions were not motivated by financial gain and according to Lerner, “Satoshi won’t use his coins ever”.